Thank you for visiting the Tri Sam blog. 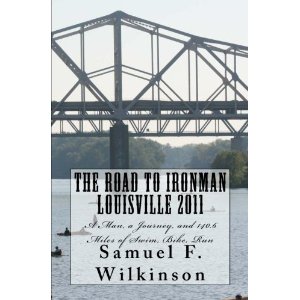 You can now find my podcast, Tri Briefs, at: http://trisam.podbean.com/
Posted by Sam Wilkinson at Tuesday, December 13, 2011 No comments:

Thank you to all of you who have followed my journey.
If you have an interest in purchasing my book, which is more or less the last year of blog posts, check it out at amazon.com. See the photo of the cover above.


Over and out.
Peace,
~Sam
Posted by Sam Wilkinson at Tuesday, September 27, 2011 No comments: 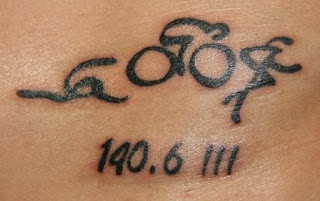 It's nearly 5:00 p.m. and I'm sitting in our hotel room with my feet up and composing what will be my last post before I become an Ironman...again. As I sit here and work through my race in my mind, I feel a joy. This is a kind of joy I only get from taking on something as monumental as 140.6 miles of insanity. It's the kind of joy that can only come from hard work, dedication, and perseverance. It's the kind of joy that comes from knowing the hard work of nearly an entire year has been done and knowing the only thing left is to go out and have the kind of experience I've been dreaming about from the moment I registered. It is likely that this won't be the exact outcome I had hoped to achieve due to my circumstances with my Achilles injury, but this will not keep me from finding the kind of joy that comes from completing an Ironman. Tomorrow will be more than just an event. It will be a 140.6 mile celebration.

Although I'm looking forward to providing you with a detailed account of my race, before I even get up early tomorrow to go to the starting line, I want to say thank you very much for checking in and following me on my blog. So, thank you. I hope you have found your time reading my posts and watching my videos worth your while.
Peace.
Posted by Sam Wilkinson at Saturday, August 27, 2011 3 comments:

BeginnerTriathlete.com, and a Common Dream

Last night I met my friends from BeginnerTriathlete.com. We had been interacting through the Internet for the greater part of this year. We shared ideas, stories, and advice. We laughed, we teased, we encouraged, and we had each others back, and all of this because we all share a common dream. That dream of course being to cross the finishing line at Ironman Louisville in our respective times, in our own way, but all of us either joining the Ironman family for the first time, or yet again. What a pleasure it was to have finally met in person the cast of characters that have really helped bring Ironman Louisville 2011 to life. This group couldn't be more varied in ability and personality. I was nervous/excited about meeting, and the gathering, though we had never met in person, was like a reunion of life-long friends. Tomorrow we will toe the line and cover 140.6 miles and share a life-long bond.
Thank you for sharing this journey with me BTers. You are fantastic!
Peace.
Posted by Sam Wilkinson at Saturday, August 27, 2011 No comments:

I just deleted a page worth of text outlining what I did today. It noted the tasks I completed and told about how I'm basically packed and ready to go. Then I realized, nobody cares. Not that anyone cares about all this other stuff I've been posting, but I'm just sayin'.
I had a moment today that was different than any other moment in my day. It was a moment I wasn't necessarily going to blog about, but it was still something I thought I shouldn't keep to myself. It was a moment that seemed more spiritual than intellectual, yet it all took place within my head.
When I was mowing the lawn, a thought came to me. This wasn't just a thought, because it came as a packaged deal with real emotion. It went something like this:
"You are going to be able to run part of the marathon at Louisville."
I felt joy. Not joy as if I thought that would be nice, but joy as if I was just given the green light, the o.k., or permission to give it a shot. I remember smiling at this point and then a vision came that looked like this:
I was in the marathon portion of the run. I had half the run ahead of me, but I started running. I ran a mile, then walked a mile. I ran a mile, then I walked a mile. I was making up time, I was passing people, and I was feeling good while a smiled, high-fived volunteers, and...ran.
The vision shifted to this:
I turned the corner and saw the finish line. I was running...slowly, but running just the same. There was loud music, the crowd on hand lined the street, and I was getting closer to pay dirt, and Mike Riley was saying, "Sam Wilkinson...You are an Ironman!"
I felt joy again. I felt hope. I felt like these thoughts, and these visions were true signs of things to come. I smiled again.
Then I started to talk myself out of this reality. I don't know why, but a voice said, "Really? Can this be true? Can I do this? Can I run?"
The reply I got was, "Hey, you were patient, you showed you are willing to walk the entire marathon. You demonstrated perseverance under duress...and now...now you may run."
I smiled on the inside this time. A story from the bible came to mind. I thought of Abraham about to sacrifice his son Issac, and then God stopping him, and telling him it was a test of his faith. Was this as test of faith?
I continued to try to ignore the negativity sneaking into my head, but it carried on by saying, "Well, this won't happen until you have at least 6 miles to go." It went on to say, "Well, maybe even with just two miles to go. Most likely just down the finish shoot, but c'mon, for half the marathon?"
At this point my joy lost a bit of its luster. I began retreating to what I figured, in that moment, my reality would inevitably be.
However, I haven't lost sight of the fact that I felt real joy, genuine hope, and serious possibility, and it was...and like it still is within my grasp.
I don't know what's going to happen, but I'm willing to keep an open mind. In three days I'll find out.
Tomorrow I'll be putting the van in 'drive' and I will be continuing the metaphor, but I will be traveling the actual Road to Ironman Louisville, and it is full of possibility.
Peace.
Posted by Sam Wilkinson at Thursday, August 25, 2011 No comments: 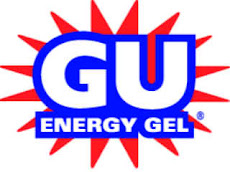 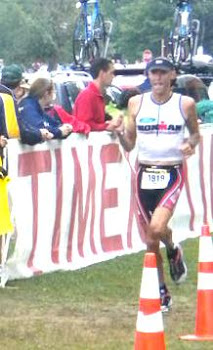 Heading for the Finish Line 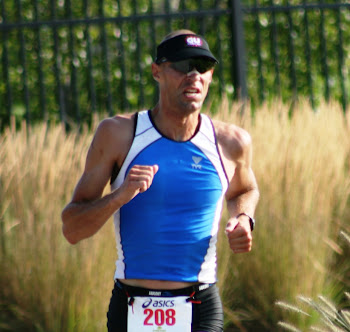 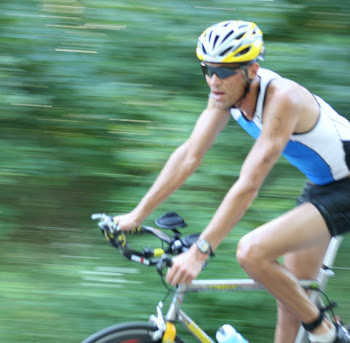 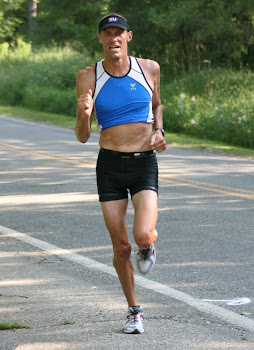 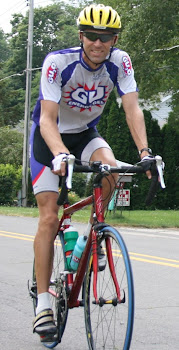 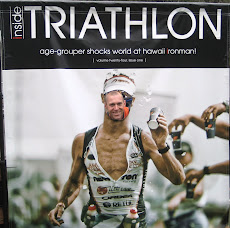 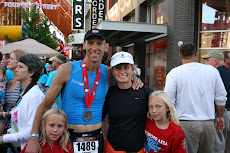 Me with Maggie and the Girls (Boys @ home)